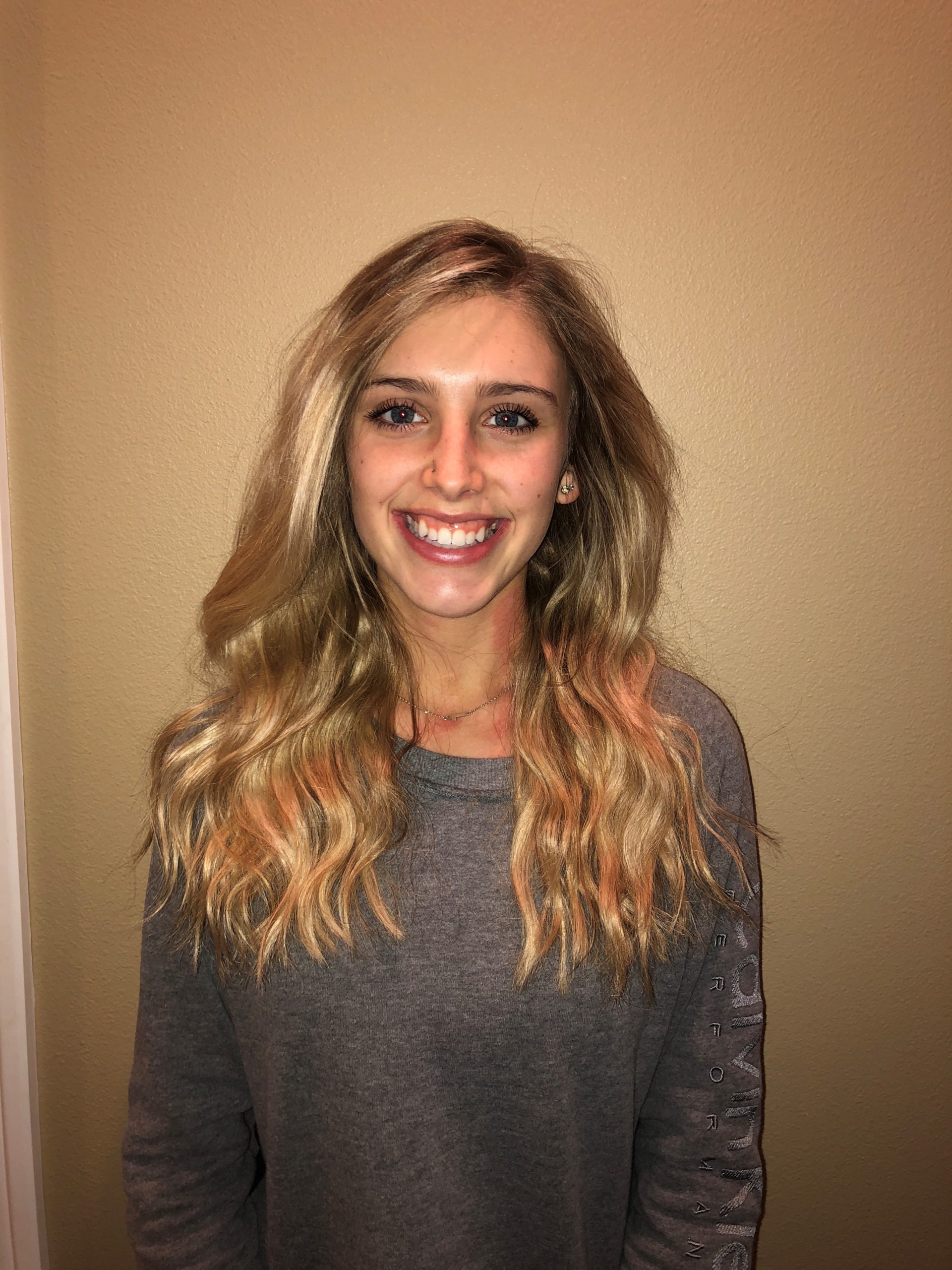 My name is Karli, I am currently a sophomore at the University of Northern Iowa, majoring in elementary education and I attended Wildwood Hills Ranch for five years.

Growing up I moved a lot and I lived with my parents and my two sisters. My dad was in and out of jail which caused my parents to eventually split. We lived with our mom but she constantly had different men and different people in and out of the house. She eventually found a boyfriend who moved in with his two kids. We started seeing less and less of her and she was always hiding in her room. Later, we found out that she was on drugs and had addiction issues. My older sister had to take care of us and we walked to and from school every day. Eventually, we were removed from her household when I was 8 and we went to live with my dad and his new fiancé. We lived with them for about 7 months but then he got caught up in the same stuff and was put back in jail. We were forced to move again – this time with our aunt and uncle. Everything seemed to be going well until they decided they couldn’t take care of us anymore. We moved again, but this time was thankfully the last. Our great aunt and uncle took us in and they had previously adopted two boys, so when they asked us if we knew what adoption was we were filled with joy! They adopted us when I was ten and we’ve been a big family since.

Fast forward a few years to when I was 13 and my great aunt, who I call mom, asked me if I wanted to attend Wildwood. I wasn’t sure but she began describing all the activities they had like horseback riding, swimming, and team building. It sounded fun so I said yes and she signed me up! The school year came to an end and it was time for me to leave for The Ranch.  I was definitely nervous on my drive there but upon arriving I was showered with warm welcomes from everyone. I struggled a little that first summer programming session with opening up and meeting new people. But I had so much fun that I wanted to come back. During this time, I was chosen to be a part of the leadership program. I came back that summer for two sessions and I loved it. I’ve been back every summer since I was thirteen to continue in the program. The Ranch has impacted me since I stepped foot into the Gathering Hall that first time. The staff and team leaders are the most loving and caring people I’ve ever met. They meet every kid where they’re at. Without The Ranch, I would not be the person I am today. The Ranch has helped me to trust and open my heart. The walls I built in my heart were broken because of the wonderful people at The Ranch. When my great uncle passed away last summer, they were there for me.  My relationship with God has grown, and The Ranch has shown me that I want to work with children as my career. The Ranch has helped me grow as an individual and I’m glad I said yes to attending five years ago!