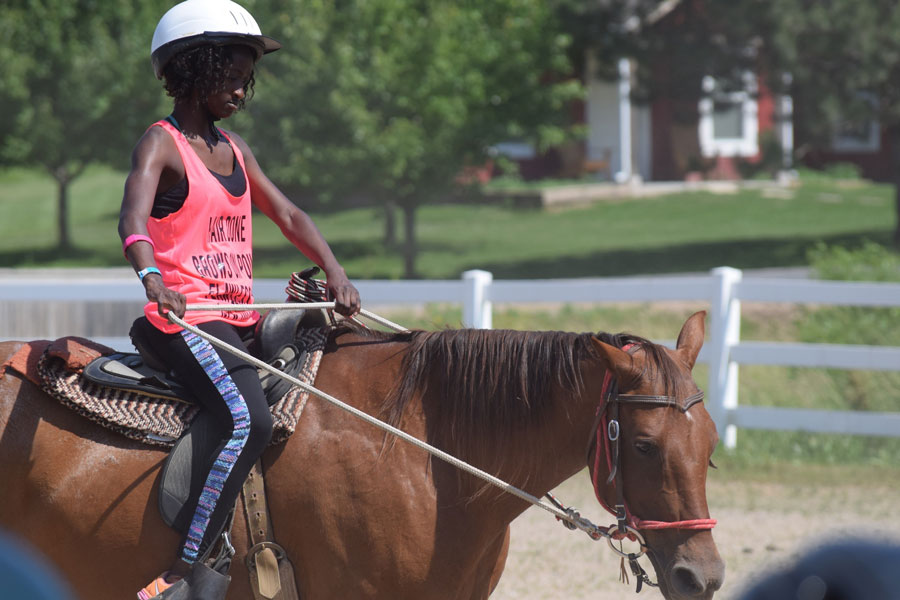 In an ordinary low-income Iowa neighborhood, a group of young boys found a book bag full of guns. One of the 14-year-olds brought the guns home to show off to his siblings. In an upstairs bedroom he twirled a gun on his index finger and playfully pointed the gun in the direction of his 15-year-old sister and squeezed the trigger. The gun went off and killed one of our Young Leaders at Wildwood Hills Ranch.

We miss our Young Leader immensely—she was at the Ranch just a few weeks before her death with her sister who was braiding her hair and was supposed to return a few months later for our summer programming.

One of the first concerns her sister had after the shooting was wondering if she could still come and be involved in our summer program; in the chaos, paperwork hadn’t been filled out and returned. We assured her we would hold her spot and have been walking alongside her and her family to help with the healing.

She also brought her cousin to the Ranch who’s been working through her own grief. We are thankful she joined us again this year and for the growth we’ve witnessed in her these past two weeks in our Young Leader program. Please pray with us for her and her family.