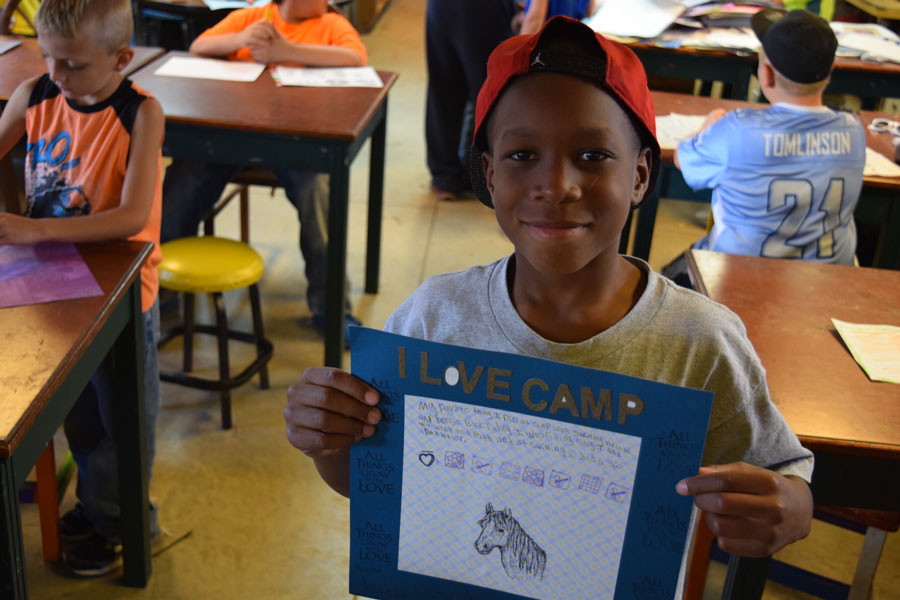 At the Ranch for a retreat with his campus ministry, Scott listened as a full-time staff member described our summer program and the ways it changes lives of children. He learned about Cordell, who went from picking fights as a camper to, 15 years later, becoming our Men’s Director. Impressed by the transformation, Scott felt compelled to serve at the Ranch.

That summer he met Bradlee, a student who’d grown up in our Next Steps Program and was now a Young Leader. Bradlee, described by Scott, was respectful and made things easy for the Team Leaders. “The whole program shined through him,” Scott said. “The mission of the Young Leader program is to build leaders but Bradlee already had the qualities—he learned them at Wildwood.”

Other students weren’t so easy to lead. Many struggled with behavior and maturity. He saw ‘hurt people hurt people’ in action. These students required more patience. But still, Scott knew that if they could break through those struggles, they’d be great leaders.

This past week, 3 years after his first summer at the Ranch, Scott got to see just how great of leaders they’ve become. He co-led a team with Bradlee and served alongside other staff members who’d been in the program when he was a Team Leader.

“Co-leading with Bradlee is the coolest experience I’ve had at the Ranch! It’s incredible to see a kid go through the whole program, to see him mature over the years, and to see his character today. And then to see him leading ranchers, using the lessons he learned throughout his years at the Ranch. He’s a rock star!”

When asked about his experience, Bradlee told us, “I remember all the awesome Team Leaders I had, including Scott, and I promised myself that when I was a Team Leader, I would give that generation the best experience possible, similar to my own.” Now Bradlee is leading and raising up the next generation of Team Leaders… and the legacy continues. Only God knows how deep and wide the impact will be.